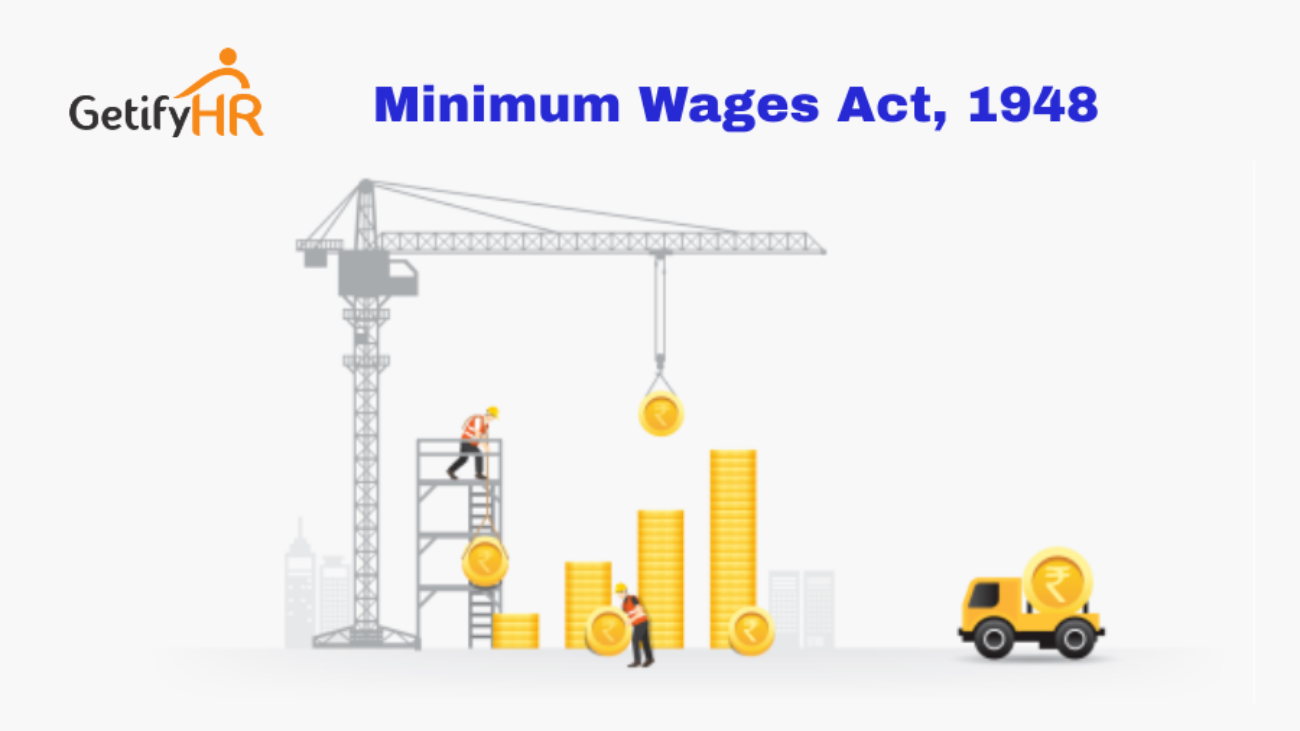 As per the Indian Constitution, labor laws fall under the Concurrent List, which gives power to both the Central and State Governments to legislate and frame rules. Over the years legislations such as the Industrial Disputes Act, 1947, Minimum Wages Act, 1948, Payment of Bonus Act, 1965, Maternity Benefit Act, 1961, etc., have been enacted by the Government. These enactments play a significant role in protecting the rights and interests of the employees, protecting employees from exploitation by employers, providing better employment opportunities to the workers, and creating a healthy work environment.

The Government of India, to ensure that the employees were provided bare subsistence so that they could maintain a decent standard of living, enacted the Minimum Wages Act, 1948.  The Act ensures that all workers secure wage that is adequate to provide for their family to maintain a decent standard of living. Importantly it ends the exploitation of the workers by the employers.

The Act seeks to protect the rights of the employees by establishing advisory boards to resolve disputes between the employees and employers concerning the payment of minimum wages to the employees.

The Act aims to expand the concept of social justice to the workers and also provide them with minimum wages as fixed by the statute.

The objectives of the Minimum Wages Act, 1948

The objectives of the Minimum Wages Act, 1948 are many and varied, and these are listed below:

The Government, under Section 3 of the Act, fixes the minimum wages payable to the workers under the scheduled employment. This section also mentions that these rates are subject to revision every 5 years.

The provisions of the Act are:

Fixing the Minimum rate of wages

Appointment of Advisory Board

The Government can appoint Advisory Boards for coordinating the work of committees and sub-committees, and also for advising the government in fixing and revising the rate of wages.

Appointment of Central Advisory Board

The Central Government shall appoint a Central Advisory Board to oversee the matters like fixation and revision of minimum rates of wages of the employees. This Board shall consist of:

The number of such members for each side will be equal.

Payment of Wages under this Act

Fixing working hours for the day

These are as per section 13 of the Act.

This has to be extended to all classes of employees and adequate remuneration be provided to the worker during the rest day.

This shall not be less than the overtime wages.

As per section 15 of the Act, if an employee has worked for fewer hours than the specified hours in a day he/she is entitled to receive the wages as though he/she has worked for a full day.

However, under certain circumstances, he/she may not receive the wages for a full day.

Maintenance of Registers and Records

This comes under section 18 of the Minimum Wages Act, 1948. Every employer is mandated to maintain registers and records relating to the number of employees employed, the work done by them, the wages paid to them, and maintain the wage receipts and any other relevant information.

The Act provides appointment of Inspectors and this is notified in the official gazette. The inspectors are tasked to discharge their duties within the jurisdiction allotted to them.

The Commissioner of Workmen Compensation will decide any claims made by employees for non-payment of minimum wages or an officer designated as Labour Commissioner by the Central Government. They are bound to decide cases in a particular region about matters relating to non-payment or payment of lesser amounts than the minimum wages to the employees.

Petitions have to be filed under Section 20 of the Minimum Sages Act, 1948 to the concerned authorities. They are directed to give adequate opportunities to both the employees and employers to voice their concerns.

The ruling of the authorities will be final and binding on both parties. The authorities appointed by this Act are vested with the powers of a civil court under the Code of Civil Procedure, 1908. They are empowered to take evidence, enforce the attendance of witnesses, call upon for production of documents, etc.

Under Section 22 of the Minimum Wages Act, 1948an employer who defaults in payment of minimum wages to the employees or who contravenes any rule or order made under Section 13 of the Act shall be punished with imprisonment for a term which may be extended to 6 months or fine not less than ₹ 500/- or both.

The authority of the Central and State Governments to frame rules

Under Section 29 of the Minimum Wages Act, 1948, the Central Government is authorized to make rules by notification in the Official Gazette. All matters relating to terms of office of members, the pattern of voting, the mode of conducting business by the Central Advisory Board, and other relevant matters can be notified under this section.

Section 30 of the Act authorizes State Governments to make rules for carrying out the provisions of the Act, and these have to be notified in the Official Gazette.

The constitutional validity of the Minimum Wages Act, 1948

Employers have challenged the constitutional validity of the Minimum Wages Act 1948 before various courts. Employers have approached the courts on the ground that the provisions of the Act are illegal as it puts unreasonable restrictions on the employer. This deters the employer from continuing the trade or business as the provisions of the Act mandate paying minimum wages to the workers. This also limits the right of the employee as they are unable to work in a trade or business unless there is an agreement between them and the employer. Therefore, the contention was that the Act was a violation of article 19(1)(g) of the Indian Constitution which guarantees freedom of trade and business.

However, the court played a critical role in determining that the Ac was constitutionally valid and it protects the interests of the workers so that they have access to food, shelter, clothing, education, medical assistance, etc. Though the employer may find certain provisions of the Act difficult to carry on business or start a business, these provisions are enacted to protect the interests of the general public.

The Minimum Wages Act, 1948 was enacted to safeguard the rights and interests of the workers employed in scheduled employment. The very purpose of the Act is to provide equal employment opportunities and adequate remuneration to maintain a decent standard of living. The Act prevents exploitation of the workers and provides revision of wages every 5 years and fixing of working hours in a normal working day.

GetifyHR has played a crucial role in enabling its clients to be fully compliant with all the rules and regulations of the Minimum Wages Act, 1948. This has enabled both the employers and employees to co-exist in a harmonious work atmosphere. Our cloud-based payroll outsourcing module has enabled our clients to handle all Payroll related operations like generating Payslips, maintaining Leave and Attendance, complying with all Statutory requirements, and Recruitment. Get in touch with us for a complete solution for all your Payroll needs.