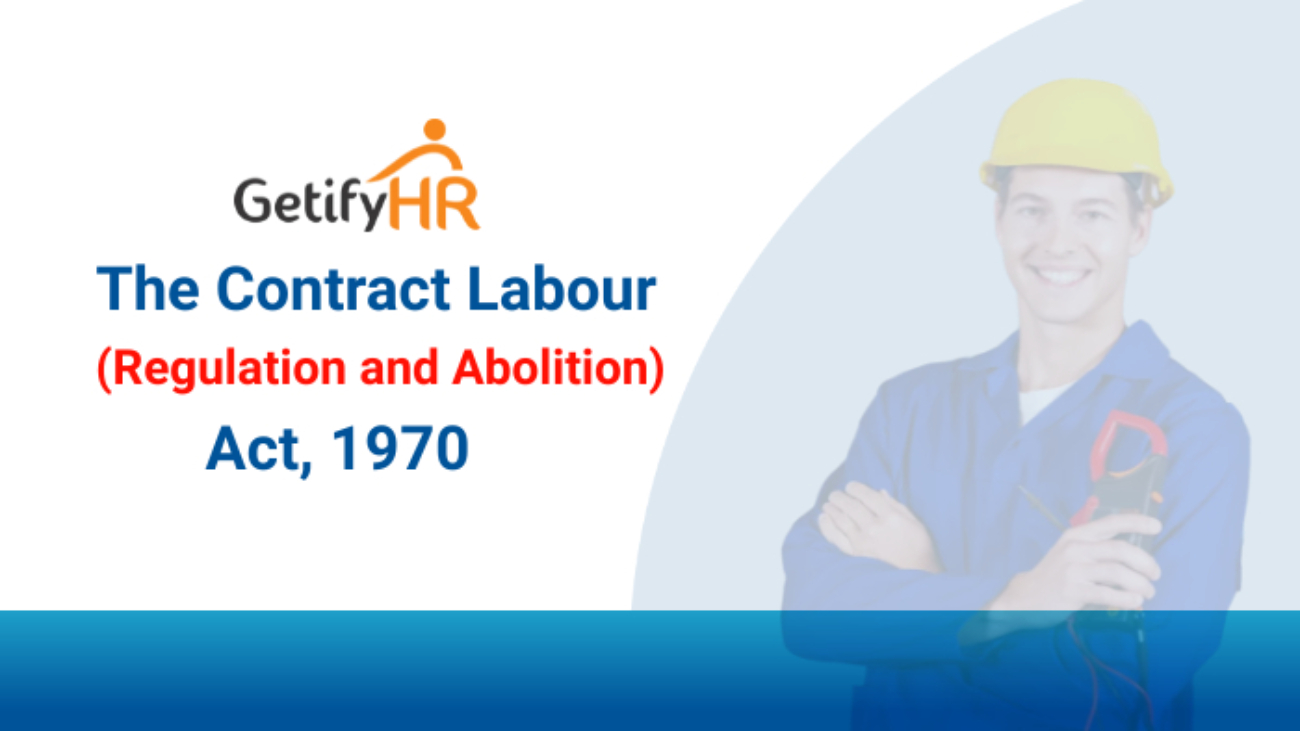 The practice of employing workers on a contract has been widely used in India for a very long time. Before and after independence the issue of contract labour has been a seriously analyzed topic and innumerable commissions, committees and even the Ministry of Labour have tried to identify the working conditions of such workers.

Studies have shown that contract labourers live in poor economic conditions and since their job is casual in nature they lack job security. Since there were no regulations and controls, the contract labourers were exploited for the gain of the employer and contractor. To regulate the employment of contract labour and free them from exploitation the government enacted a legislation called the Contract Labour (Regulation and Abolition) Act, 1970. On 10th February 1971, the Act came into force and will be applicable throughout the country.

Objectives and scope of this Act

The main objectives and scope of the Act are:

Who does the Act apply to?

The Act will apply to establishments under the following conditions:

Establishments to which the Act does not apply

The Principal Employer includes the head of any government or local authority, the owner or occupier, or the Manager of a factory (Under the Factories Act). The Owner, Agent, or Manager of a mine or any person responsible for the supervision and control of the establishment is also included.

The Contractor refers to any person who supplies contract labour for any work to any establishment. This could also include the sub-contractor. A contractor to whom the Act applies has to take a license under the Act.

Establishment and Composition of the Advisory Boards

The Contract Labour (Regulation and Abolition) Act, 1970 provides for the establishment of Central and State Advisory Boards. The Boards are established to advise the Central and State governments respectively on matters concerning the administration of the Act and to carry out the functions assigned under the Act.

The Central Advisory Board

The State Advisory Board

The State Advisory Board is constituted by the respective State Governments and consists of a Chairman appointed by the government, the Labour Commissioner of that State and in their absence the State Government will appoint any other officer.

The Central and State Advisory Boards have the power to form committees under the Act as they deem fit. The committee will discharge their duties and responsibilities in accordance with the provisions of the Act.

Every establishment that proposes to hire contract labour is required to obtain a certificate of registration from the respective government. The registration procedure is as follows:

The Responsibilities of the Employer

The employer has to fulfill the following responsibilities:

Every Contractor who wishes to undertake or execute any work through contract labour is required to obtain a license from the Licensing Authority. This condition applies to a contractor who has employed twenty or more workers during any day of the month.

The Procedure for obtaining a License

The licensing authority issues the license under Sec.12 of the Act.

Responsibilities of the Contractor

The Contractor has the following responsibilities:

Anyone who violates any clause of the Act or any of the rules under the Act will be liable to imprisonment to the extent of 3 months or with a penalty of One thousand rupees or both. If the violation continues then an additional fine of one hundred rupees per day for every day of contravention will be imposed.

Shortcomings in the Act that need change

The Contract Labour (Regulation and Abolition) Act, 1970 has several drawbacks that need to be addressed by the legislature for better implementation.

The Central Government enacted the Contract Labour (Regulation and Abolition) Act, 1970 to prevent exploitation of the contract labour by both employers and contractors. The Act provides them with certain rights as contract labour and gives them a legal provision to demand their just dues. However, the shortcomings have to be addressed and must be legislated so that necessary changes can be made to strengthen the provisions. There is also a need to make the Act less complicated for the principal employers and contractors and with provisions for better safeguards and amenities to contract labourers.

GetifyHR, with its years of experience in handlingPayroll and all Statutory Compliance rules and regulations, have assisted clients in handling their requirements of contract labour. We expertly handle all issues pertaining to the employment of contract labour, and establishments have gained from our expertise in the eficient handling of contract labour.  Our high-end, cloud based Payroll module is capable of handling these issues in a seamless manner, making it easier for organizations to have the relevant details at the click of a button, as and when they require it.