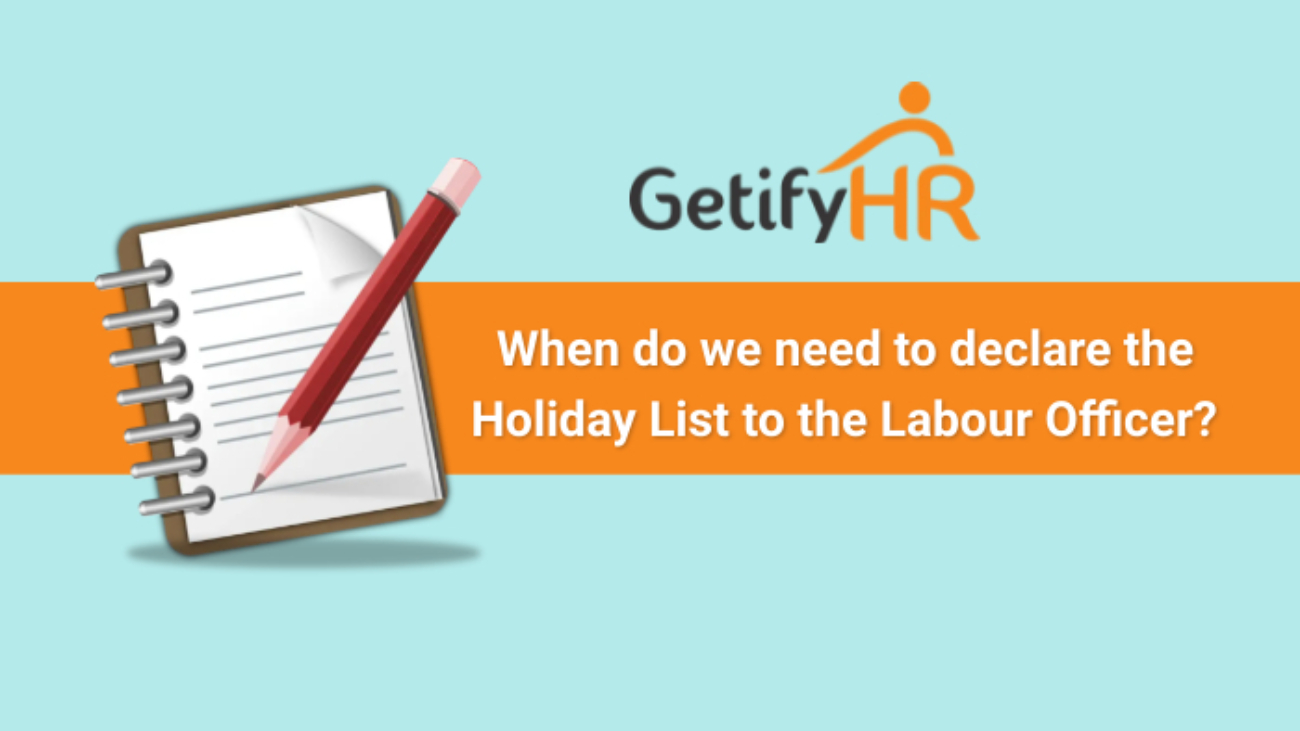 We are closing in on the last few days of an eventful year. The excitement of celebrating Christmas and welcoming the New Year has never diminished and never will. But one set of people is busy formulating the New Holiday List for the forthcoming year.

Yes, HR managers in companies, both large and small are engrossed in preparing the holiday list for filing with the concerned Labour Officer at the end of the year.

Holidays are declared under the Negotiable Instruments Act, 1981. Though they apply to all government departments and more particularly Banks, all establishments in the public and private sectors irrespective of the laws under which they are formed have to adopt these holidays. It is mandatory to adopt a pattern of national and festival holidays in the country. In addition to these, there is the option of granting restricted holidays to employees.

The three National Holidays observed in India are Republic Day (Jan. 26), Independence Day (Aug. 15), and Gandhi Jayanthi (Oct. 2), however, in some states, May 1 (Workers Day) is also declared as a National Holiday. On these days all establishments irrespective of what law they come under should necessarily remain closed. If for some reason the establishment needs to function on these days, they need to get prior approval from the concerned authority. In case employees work on national holidays, then they are entitled to get double wages for the day. The laws regarding national holidays are subject to Central legislation, and some states have made provisions to claim compensatory leave or pay double wages for working on those days.

A restricted holiday is an optional public holiday that can be availed by a particular set of employees celebrating a special occasion. On a National or Festival holiday, the entire establishment is closed, whereas; on a Restricted Holiday only a particular group of employees avail of the holiday.

A Restricted Holiday enables the organization to serve its customers with a fewer number of employees.

Employees on the other hand get the benefit of claiming paid leave of absence on 2 or 3 restricted holidays during the year. These restricted holidays are marked as optional in the holiday list and are valid only for the specific days mentioned therein.

The employer has to submit the finalized Holiday List to the concerned authority for approval in the form as stipulated in each state. In Tamil Nadu, one has to get approval from the Asst. Inspector of Labour/Labour Inspector/Labour Officer.  The details of the forms required for submission/acceptance given hereunder pertain to the state of TamilNadu.

The List Festival Holidays has to be submitted to the Labour Officer in Form No: I.

A notice in Form No: II has to be exhibited in the establishment and a copy has to be submitted to the Labour Officer.  The form should specify the period within which objections or suggestions of the employees referred to in sub-rule (3) will be received.

Where the employer or a majority of employees or any trade union representing a vast number of employees desires a change in the festivals, they may apply to the Labour Officer in Form IV, in duplicate indicating the changes.  The Labour Officer will communicate these changes to the employer in Form III in duplicate. The employer has to display a copy of this communication on the notice board within 7 days of receipt.

The employer should submit a statement under sub-rule (1) of rule 5 in Form V to the Labour Officer indicating the National and Festival Holidays allowed for that calendar year.  The last date for submission of this form is 31st of December every year.  The employer has to display a copy of this statement in a prominent location on the premises.

In all 9 holidays have to be declared in a year (3/4 national holidays and 4/5 festival holidays). The number of holidays would vary from state to state as each state has its festivals and policies on approving holidays. The employer should submit the finalized Holiday List in the stipulated form to the authorities before 31st December of each year for approval.

Preparing the Holiday List and Leave entitlement of employees is a complex task that needs a lot of thought and effort. A lot of effort goes into framing the company’s leave policy and the HR team would be hard-pressed to achieve this task. GetifyHR has years of experience in framing such leave policies for organizations spread across the country and is also adept in formulating National Holiday and Festival Holiday lists across multiple states. Our Payroll and HR management module facilitates simplifying this task and makes it easier for handling the Holidays and Leave eligibility of employees. Associate with us now for seamless handling of all Payroll Processing, Statutory Compliance issues and Leave and Attendance management.